While the rest of the country is in a deep freeze, the Sunshine State, which is also known as Florida, is warm and oh, how good its feeling. Just ask the Floridians who relocated from the north in freezing temperatures where, right now, snow is literally falling. They were the smart ones, even smarter if you’re in Orlando.

As for the rest of the country, we Floridians don’t even care to understand how humans can endure that kind of weather, nor want to. Sub-zero temperatures are definitely not in our vocabulary. And it figures Walt Disney would feel the same.

Central Florida has the kind of year ‘round weather most people only dare to dream about. So, I guess you could say, Walt Disney was a genius. In May 27, 1965, Disney purchased 47 square miles of land in central Florida. Handling this almost completely under the radar until someone at the Orlando Sentinel’s Florida magazine got a whiff of a real estate deal being made. The deal was outed and, as they say, the rest is history.

All in all, this land purchase made up roughly 30,000 square miles of land of what would one day be known as Walt Disney World’s Magic Kingdom. To put this in perspective, it is twice the size of Manhattan, New York, and is equal to the land size of San Francisco, California. Opening October 1, 1971, this set a precedent for future adventure theme park meccas to open, which they have and still are through present day and probably will continue way past our lifetimes.

Disney is not the only kid on the block in this town anymore. Going way past the double digits, so many varieties of theme parks exist now in Orlando and the surrounding metro areas. If you can think it, you can probably find it in a nearby theme park. Plus, if you’ve got some money in your pocket, the sky’s the limit and one should never find themselves bored in these parts.

Perhaps you’re looking to fill up some time in Orlando, this winter season, there are more sights and sounds to see in Orlando than you can shake a stick at. From Universal’s Island Of Adventure (rated #2 of Best Orlando Theme Parks), to Legoland, to Epcot, and let’s not forget the waterparks, there are endless possibilities.

Enjoy Your Next Orlando Vacation

At the time of this writing, we had engaged with a vacation package company based in Central Florida, called Rooms101. They told us their clientele in the winter months dramatically changes away from any cold climate bookings to almost all Florida vacation packages. And, to be fair, we get it. Have you tried to tour a city when it’s snowing and you’re having to wear earmuffs and mittens? It’s no fun, to say the least. 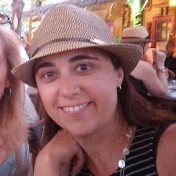 Susan is well seasoned as a writer for the spa industry, as well as the real estate industry. She enjoys travel, new experiences, and great conversation.